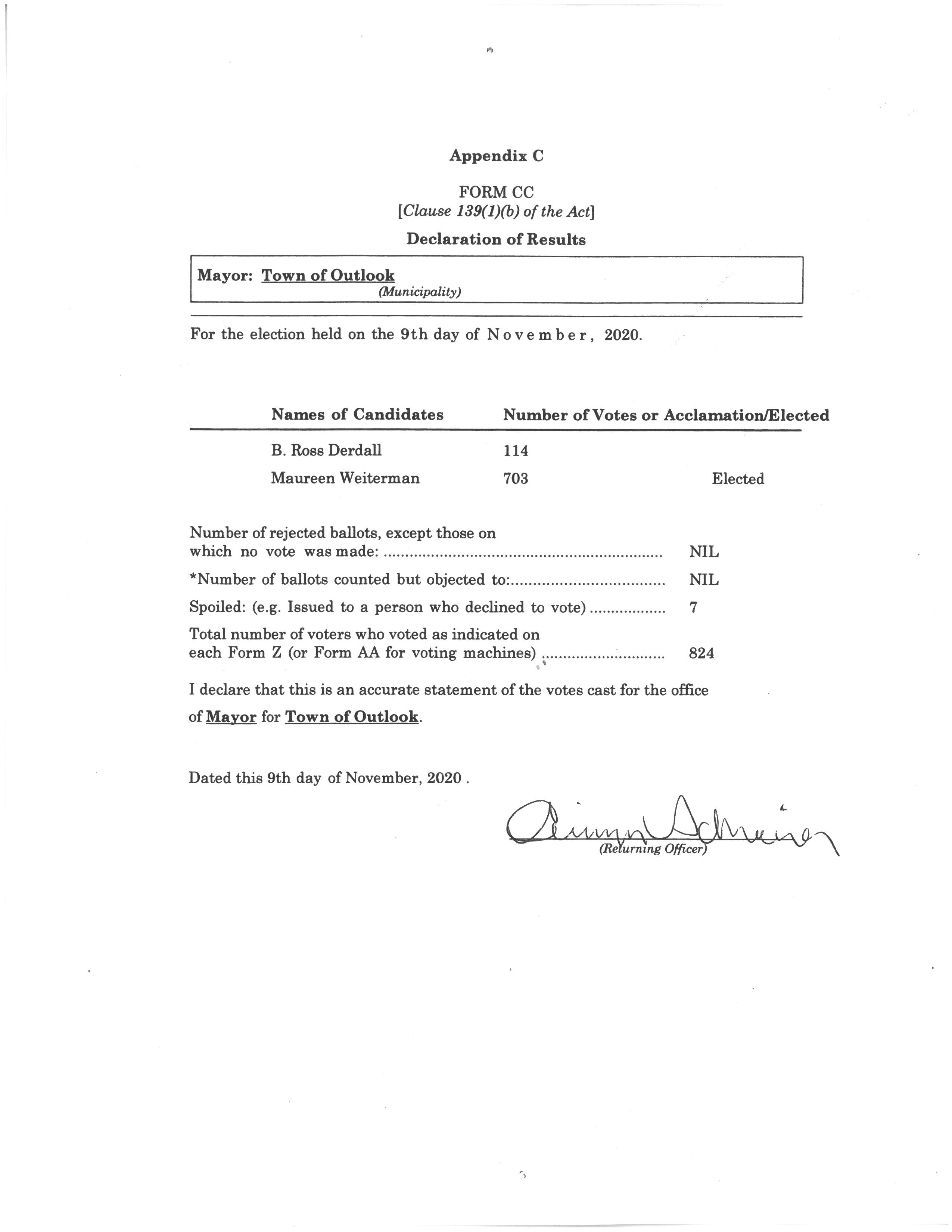 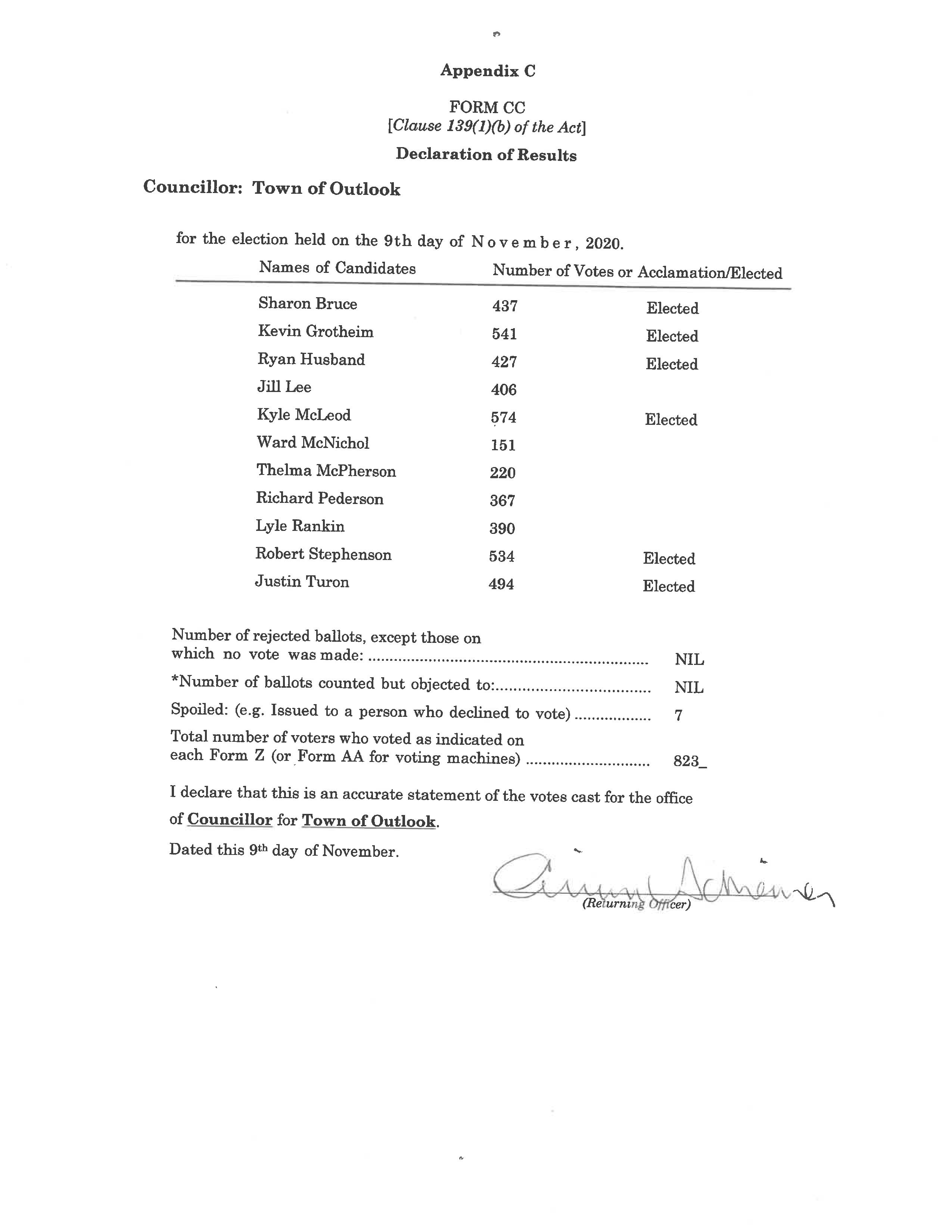 Please use election.outlook@sasktel.net  as an email address for all matters pertaining to the 2020 Municipal Elections:

Notice of Call for Nominations

We are working to ensure residents will be able to vote in the 2020 election in a safe and accessible manner.  This information will be updated on a regular basis as planning progresses.  Election workers will be wearing masks, and we ask that voters who attend polling stations also wear a mask.

A Mail-in Ballot voting system will be available for the 2020 election for voters who would prefer to vote by mail.  We will begin processing applications for Mail-in Ballots after they have been printed.  More information on the Mail-in Ballot system is available by clicking the links below.

Advance Polls are currently scheduled to be held as follows:

Who can run as an Election Candidate:

A person can be nominated as a candidate for Mayor or Councillor if they:

A person cannot be nominated if they are a judge of a court or an auditor or solicitor of the municipality.  If a Town employee wishes to be nominated, they must take a leave of absence during the nomination period.  Having a contract with the Town does not disqualify a person from being nominated.

Process for Nominating a Candidate:

Nomination papers will be available from the Town office in person, by email, or online.  To be nominated, a person must file their completed nomination paper with the Returning Officer or designate during the nomination period during normal office hours 9:30am – 4:00pm and on Nomination Day, October 7th, 2020,  9:00am to 4:00pm when nominations close.

Contents of the Nomination Paper

It is the responsibility of the candidate to ensure the contents of their nomination paper are valid.

Nominations can be withdrawn any time up until 24 hours after the close of nominations (October 8th, 2020 at 4:00pm).

Changes for the 2020 Election:

The legislation governing municipal elections, The Local Government Election Act, 2015, was amended prior to this election and includes the following changes:

Who can vote in an Election:

A person can vote in a municipal election if they:

Additional information about eligibility to vote:

If a person lives in one municipality and has owned assessable land in another municipality for more than three months, that person is able to vote in both municipal elections.

A full time student may vote in both the place where they study and the place they have moved from when both places are in Saskatchewan.

A voter is a “natural person” and not a corporation.

Full details in identifications options for voting are available in the documents below.  The simplest option is a government issued photo ID that includes your name and street address, but a number of other options are available.  In the absence of photo ID, two pieces of identification are required, both of which have the voter’s name and at least one of which contains a civic address.