Two men stand on the edge of a colossal valley expanse, staring down at the fierce river rushing below them. Silence only broken by the wildly raging South Saskatchewan River, the two CPR officials- one of whom was J.L. Doupe, the Assistant Land Commissioner- are awestruck at the view. "What a wonderful outlook!" one of them exclaims, and those words still ring true for the scenic riverside Outlook is now built upon.

Plans were quickly set into motion to make Outlook a reality. Water and power were to be derived from the mighty Saskatchewan River while the rich soil and railroad would provide all other necessities. On August 26th, 1908, the auction for town lots commenced with about 150 buyers present. By the end of the day, it was clear the bidding in Outlook ran higher than most, as the CPR claimed a total of $68,000 for only 500 lots. That's an equivalent of about $2,160,450 today!

All day and night, two and four team horses freighted lumber, coal, machinery, groceries and hardware across the prairies to the new town. The same day as the auction, a small building was brought to the Northwest corner of Railway and Selkirk, where Dr. Redden set up his office and became the town’s oldest inhabitant. Mere hours after purchasing their lots, buyers were planning the foundations of their new buildings and the sound of saws and hammers filled the area, excitement thrumming in the soon-to-be community.

On November 23rd, 1908 the citizens of a budding Outlook welcomed the first train. Within the month the CPR had provided tri-weekly train service carrying huge piles of lumber. The supply of workers and materials was hugely outweighed by the demand for more buildings.

In December, only four months after the sale, Outlook had over 100 buildings already constructed: three banks, five restaurants, seven general stores, and enough private dwellings to hold a population of five hundred. December 19th, 1908 saw Outlook officially become a village, and then a town less than a year later on November 1st, 1909. 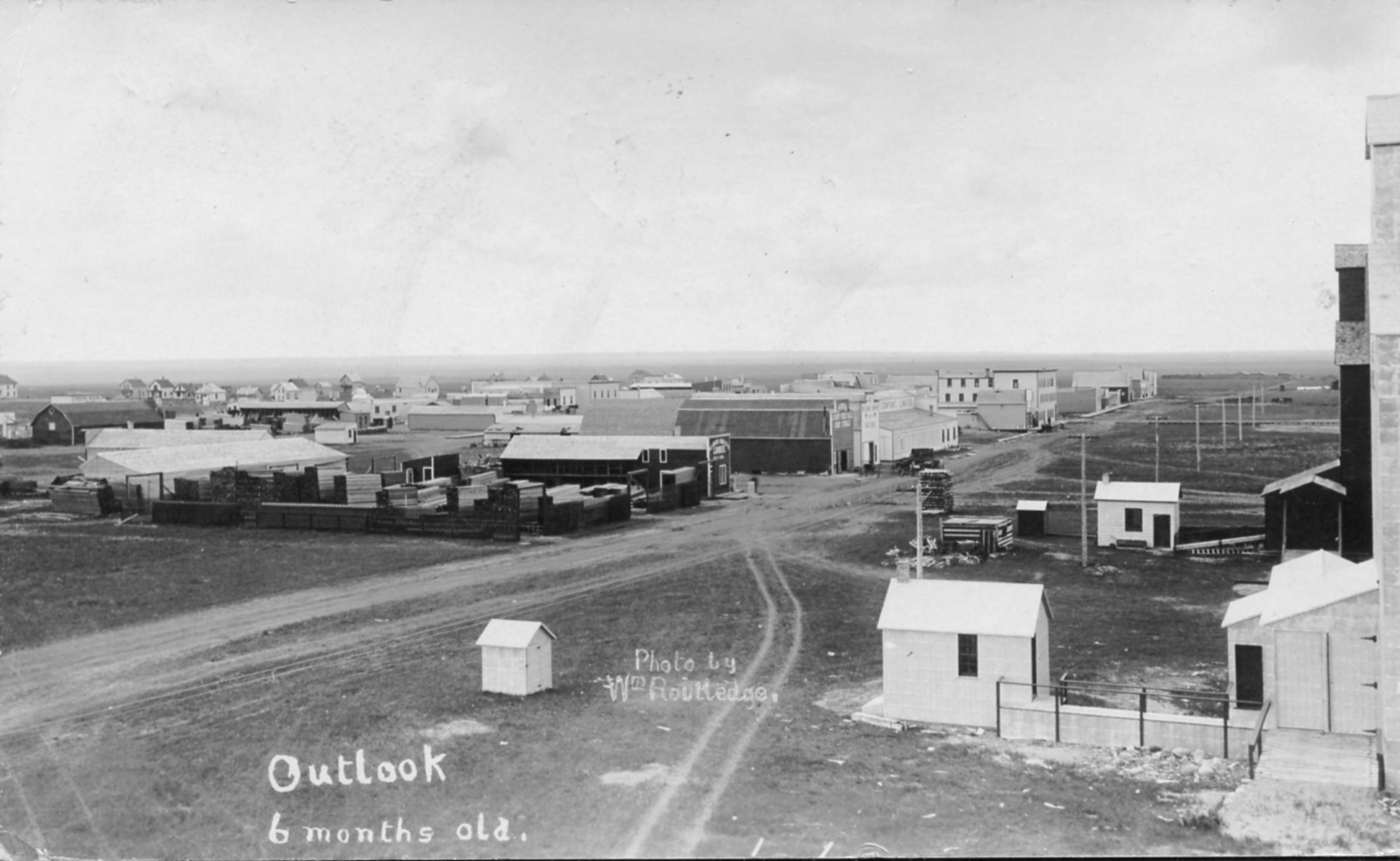 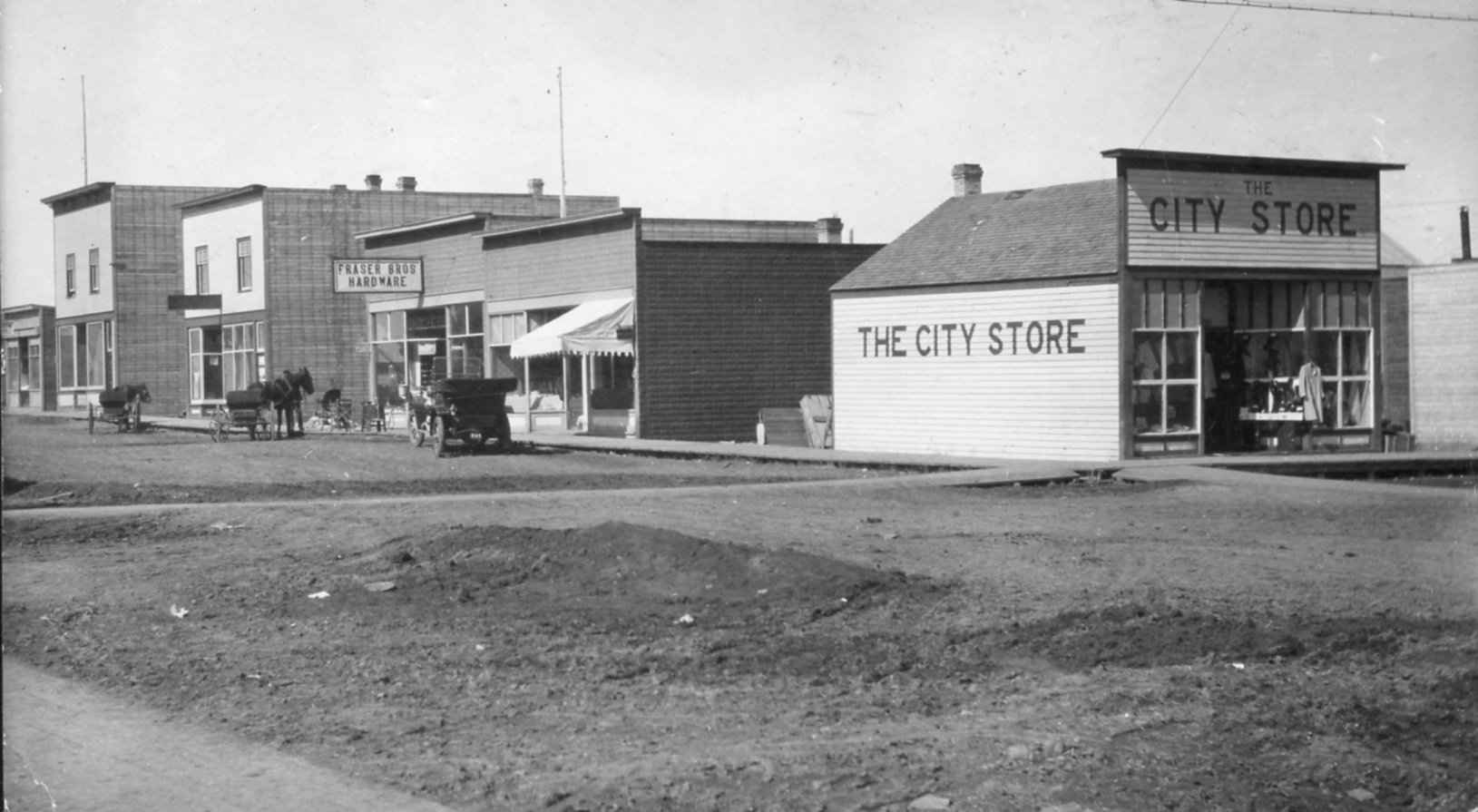 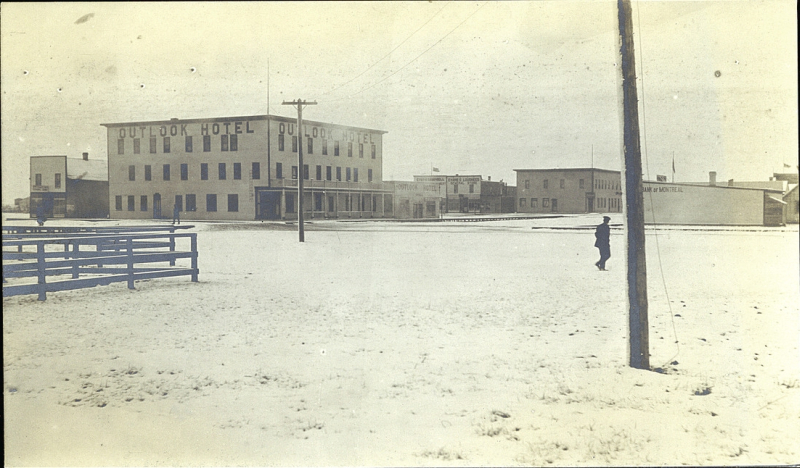 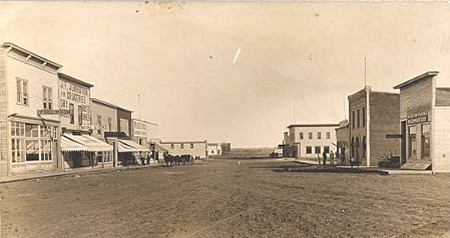 A look into the past, Outlook's main street! Investors were curious from the onset as Outlook became a gateway to the West, equipped with a huge railway station centered in one of the most beautiful spots on the prairies. People travelled all the way from as far as Moose Jaw for the chance to buy a lot here!

But disaster struck the next year. On March 27th, 1910, it was Easter Sunday and almost the entire town was down at the river for the beautiful day, watching the ice floes go by. Meanwhile a fire of unknown cause started in Ferry and Ankenmann’s butcher shop in the middle of Saskatchewan Avenue, where the Co-op and various restaurants are located today. Fire Chief Oscar Evoy and his volunteer fire brigade had already had experience with handling several one-building fires, but this time the flames were out of control before the fire bell brought the citizens of Outlook dashing up the hill to town.

By five o’clock that evening all the buildings on the block were in ruins, but thankfully there was no wind that day, or far more would have been lost to the uncontrollable flames. J.C. Carter (Mayor of Outlook from 1915-1916, 1935-1944, and then 1957-1966) wrote after the incident that “the heat from the flames cracked and warped windows and frames across the 100-foot-wide Saskatchewan Avenue. The explosion of firearm ammunition from Fraser’s Hardware and of canned goods, with the cans exploding and hurtling through the air, gave it a warlike atmosphere.”

But Outlook is hardy, and the buildings were soon replaced and businesses back in operation. This was not the town’s only experience with bad fires, either, as in 1944 a large pavilion was lost to a fire. This may have been the first of a series of arsons, as in the next few months the brick school, Outlook’s only remaining grain elevator, the river pumphouse, the community rink, the CPR station, and the Imperial Oil storage shed were set on fire. The pavilion, school, and grain elevator were destroyed entirely, but the others were thankfully saved. 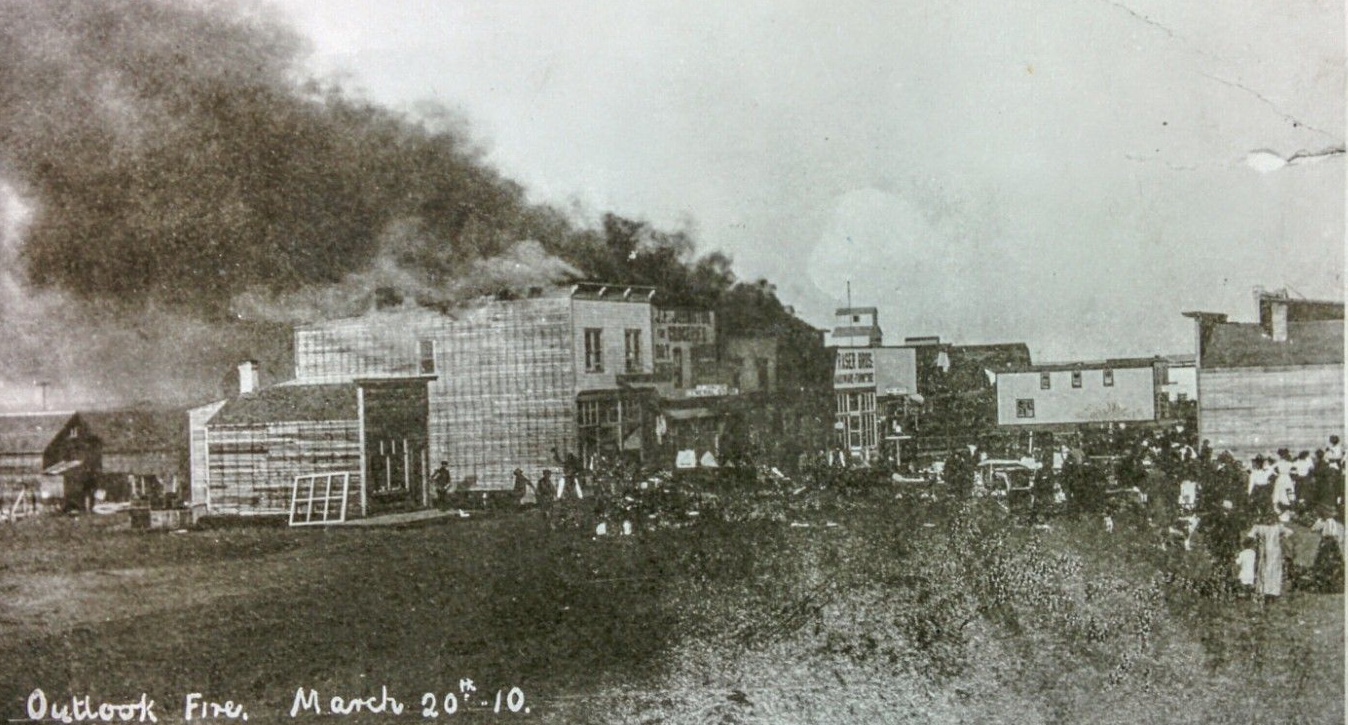 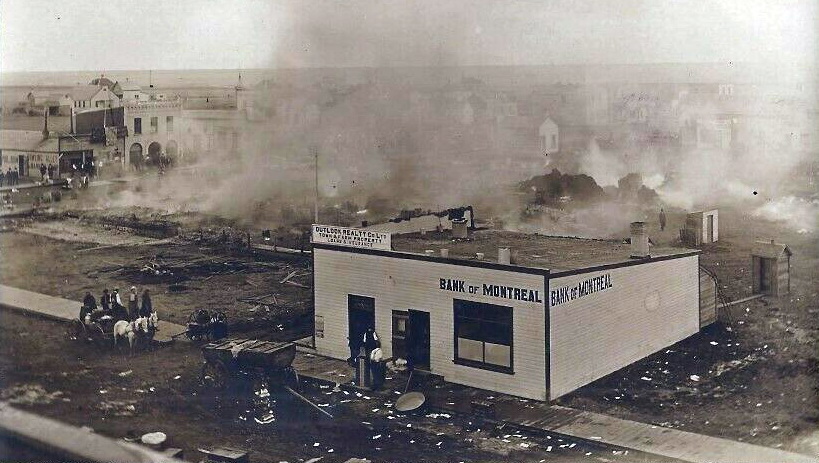 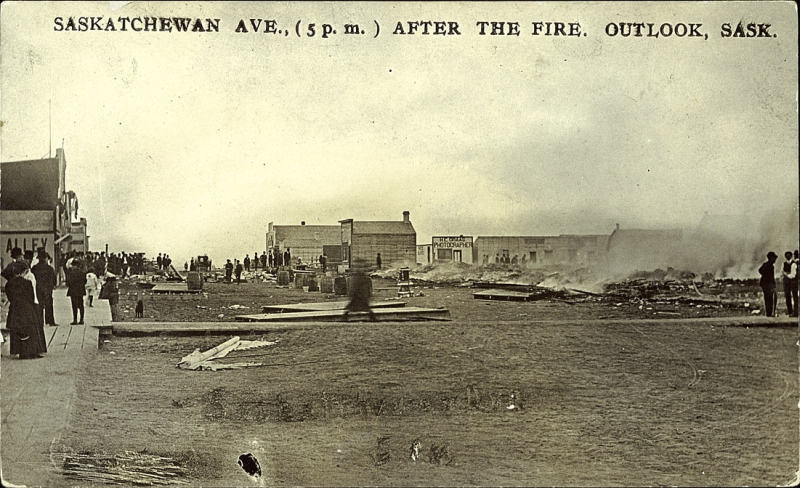 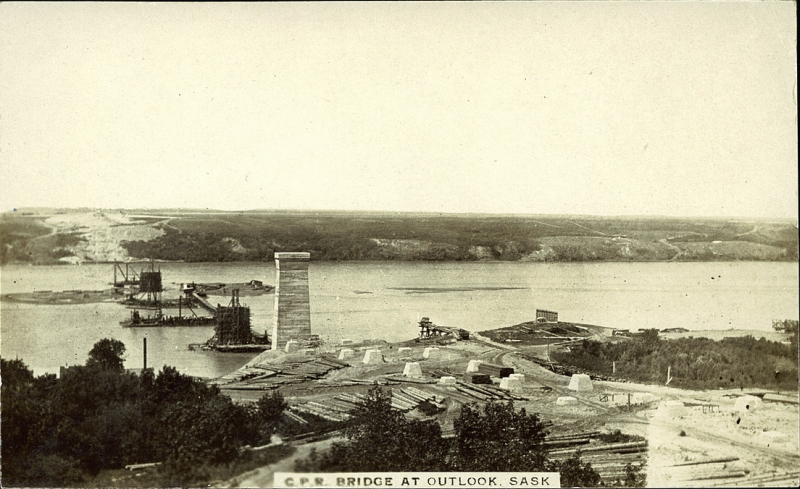 One of the most famous structures associated with Outlook, though, is the CPR bridge. Built in 1912, the steel structure of the bridge was refurbished from a dismantled bridge from Lachine, Quebec. As this bridge was only supposed to be used for trains, it left Outlook’s traffic only able to cross the river by the summer ferry service and ice crossing in the winter. As a result, the CPR bridge was often used for crossing by walking, horse traffic, and cars, resulting in a few close calls and one incident where a team and buggy halfway across the bridge met an oncoming train. Trying to turn around resulted in one of the horses getting its hoof caught between the rail ties and it panicked, lost its balance, and fell off the bridge. It was a great relief to the townspeople when the orange traffic bridge was opened in 1936, allowing for much safer traveling. 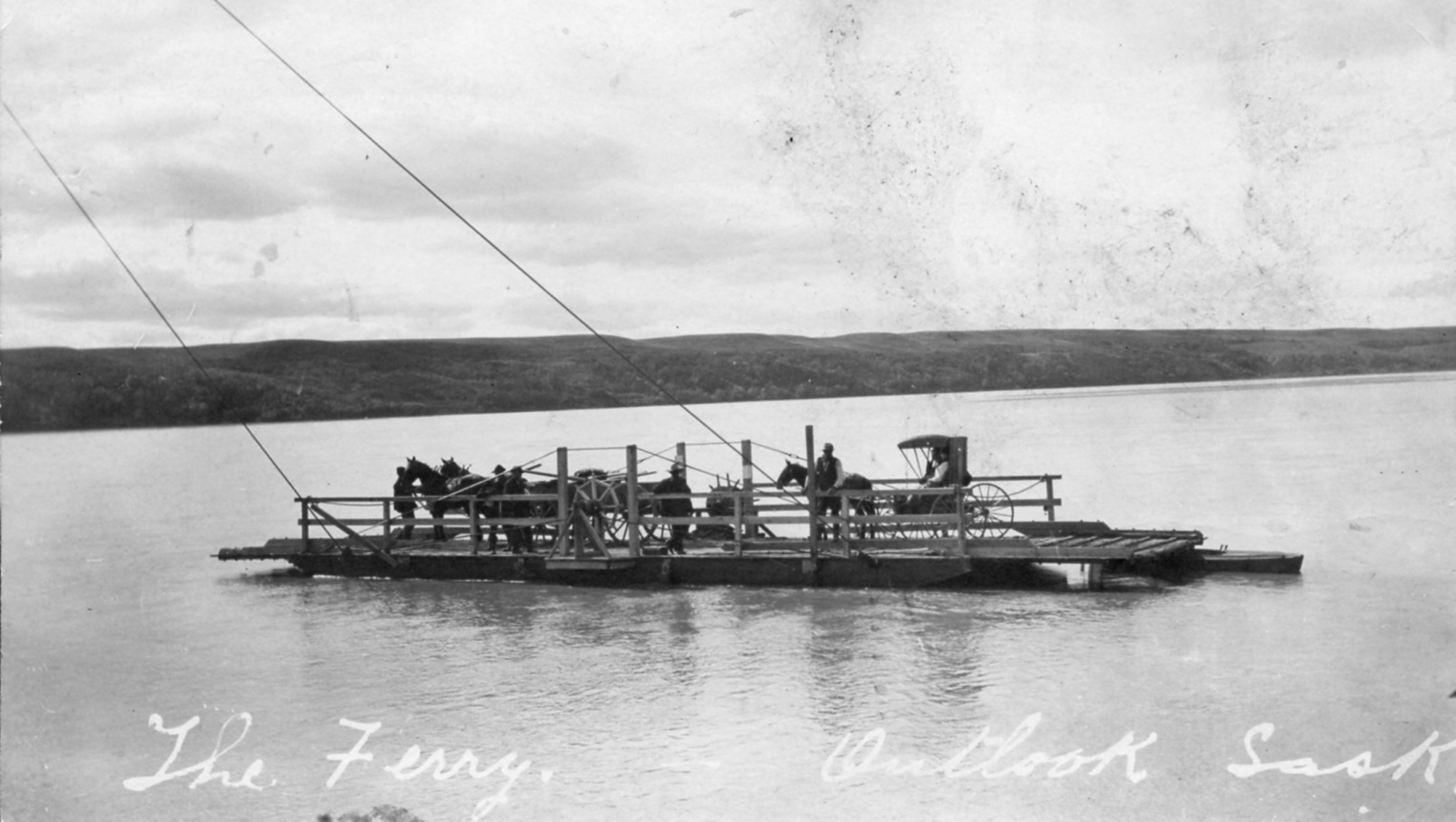 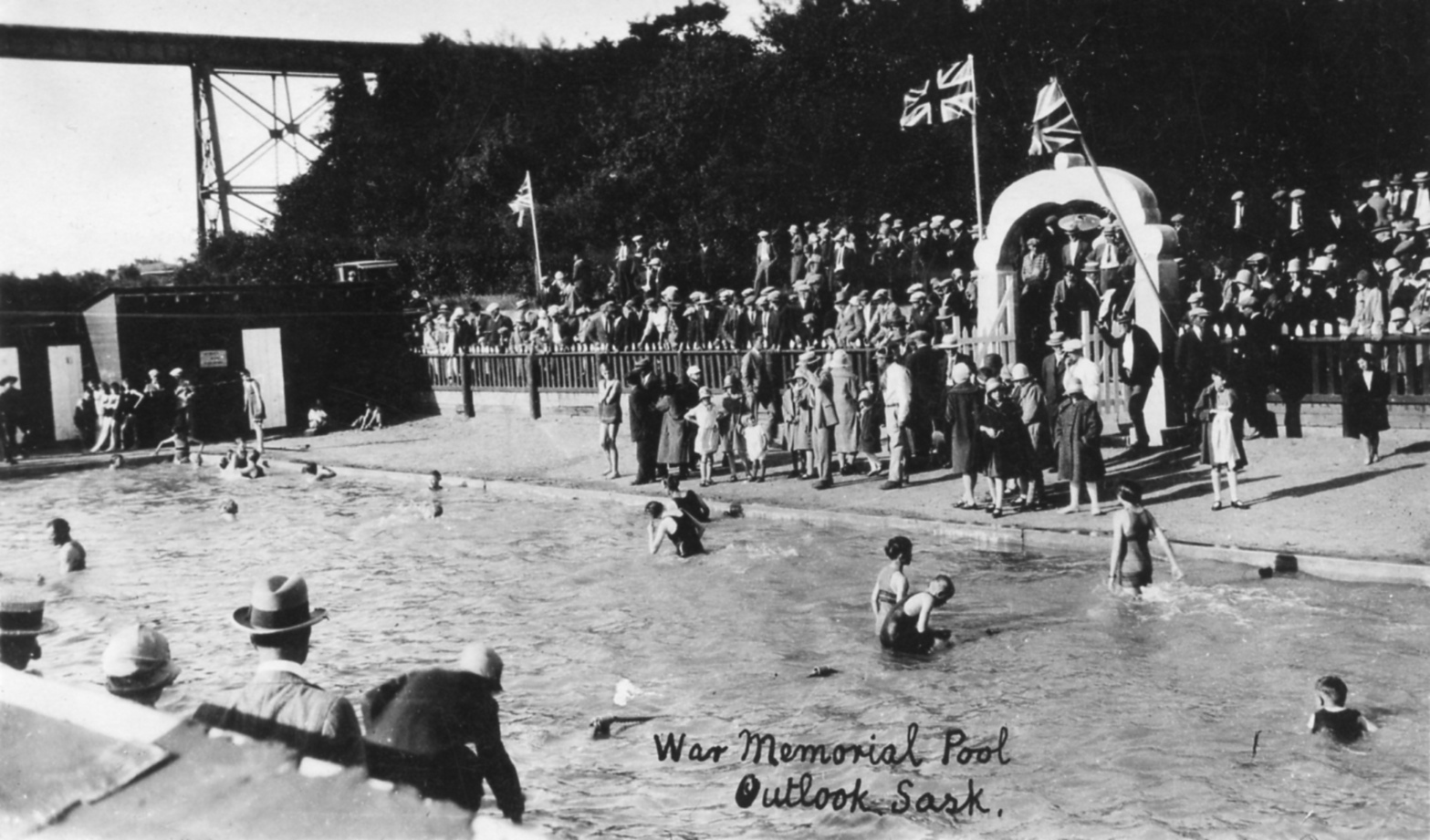 As Outlook is located right on the banks of the Saskatchewan River, people often wander down to take a dip in the cool waters. But the river has strong currents, which have claimed many lives and will continue to do so. In 1922, work started on a swimming pool in the hopes that people would choose to swim there instead of the river, preventing these tragic deaths. The World War I veterans in the area donated approximately $600 (about $10,580 today) to the cause, and when the pool opened on July 21st it was named the War Memorial Pool, becoming the second outdoor pool in the province, the first being in Saskatoon. It was in use for 93 years before closing! The arch that stood in front of the War Memorial Pool now stands in the Outlook Veterans Memorial Park, a beautiful place to sit and pay your respects. 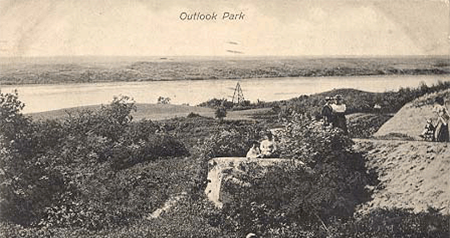 In 1918 a golf club was organized and a course laid out at the south end of the town, with a new club house opening in 1929. Then in the 1960s a new golf course was constructed on the river flats south of the park area- the current Riverview Golf Course. It was during this time that the park was registered as a Saskatchewan Regional Park, making it eligible for provincial grants! 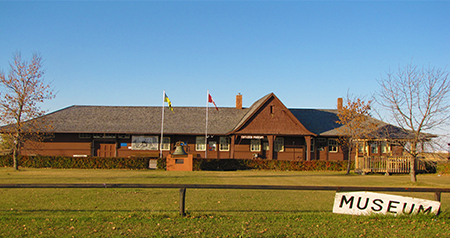 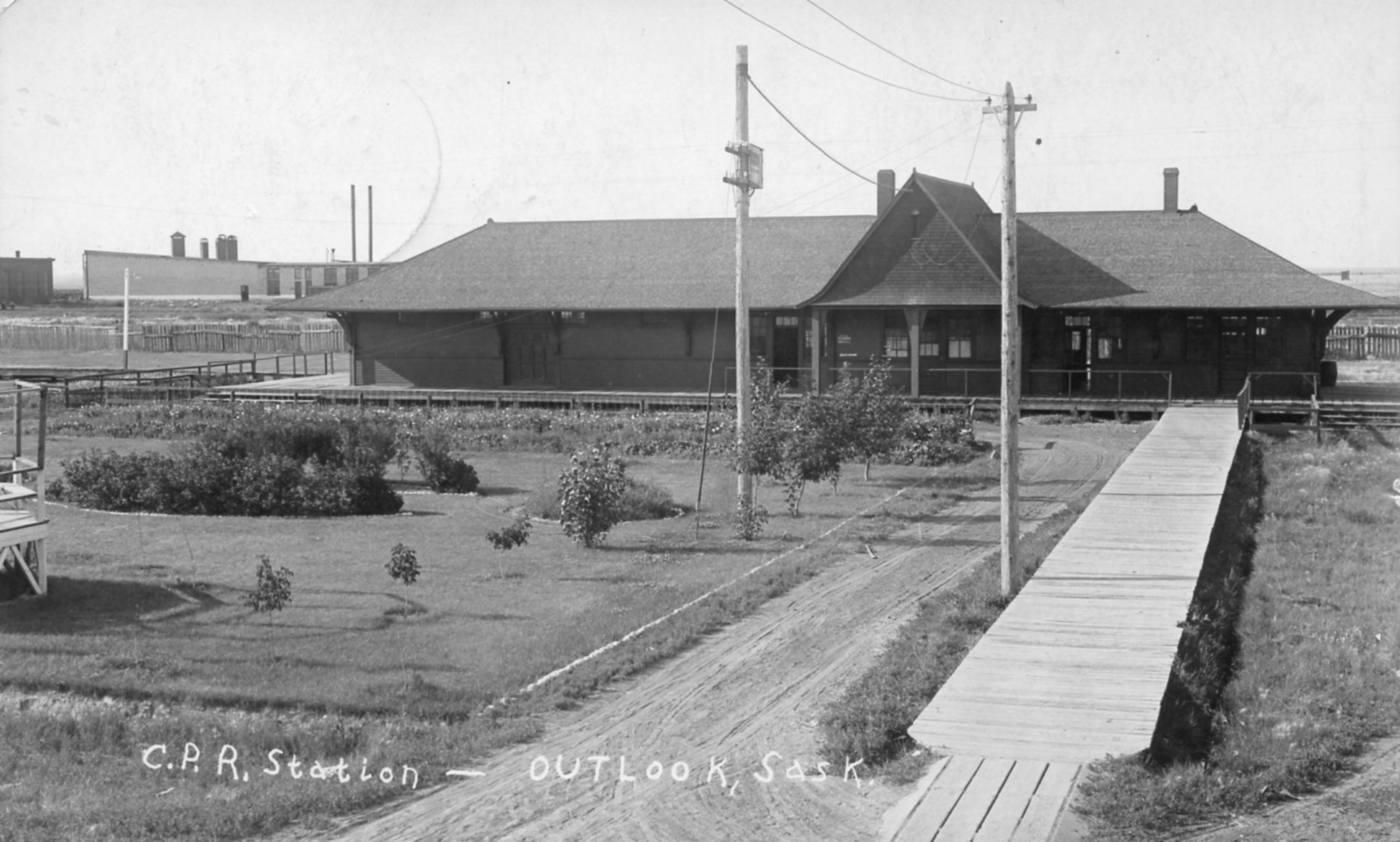 The Outlook & District Heritage Museum is a must see. Located in a former railroad station, stepping into the aged CPR terminal is like stepping back in history. The museum took over the old CPR station in 1992 and was officially opened on June 5th, 1993. The station was built in 1909, less than a year after the settlement of the town. It is filled with numerous interesting artifacts and photographs and there's always someone available to give the story behind each one. The Museum has over 3000 items and most of them are directly linked to someone who lived in Outlook or the surrounding area. 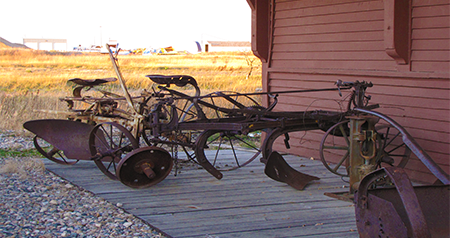 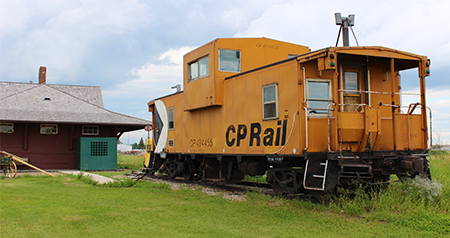 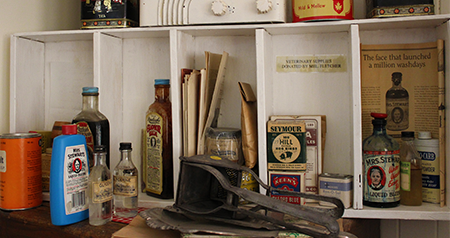 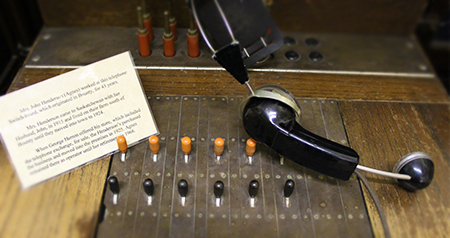 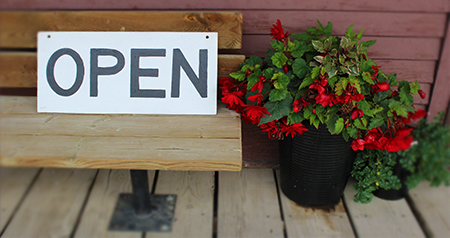 Information on this page has been gathered from texts including History of Outlook Saskatchewan (2007) by Kevin Butcher and On the Trail of Time (2005) by Gordon Silverthorn.